LAST REPORT CARD BEFORE THE FINAL EXAMS. HER SCHOOL RESULTS ARE NOT SATISFYING. BUT... ANNAH IS A HARD PHYSICAL  WORKER, SO SHE HAS GOOD CHANCES - ALSO IN CASE SHE DOES NOT PASS THE FINAL EXAMS. 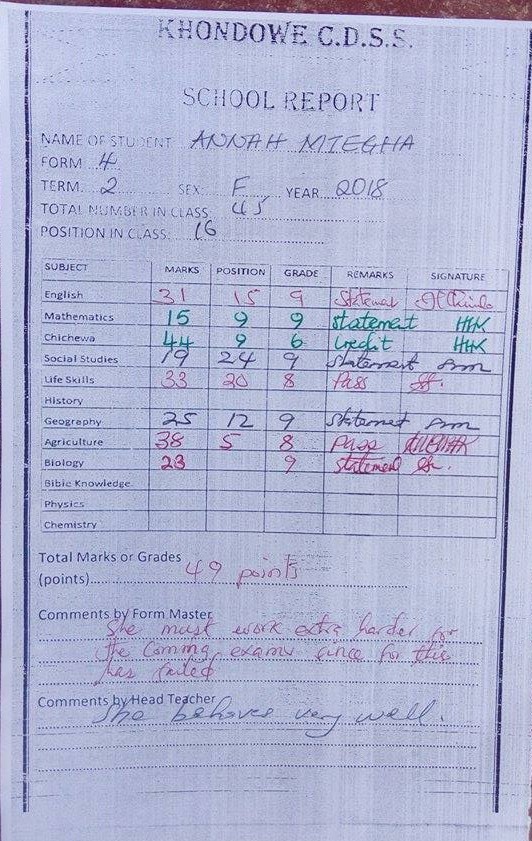 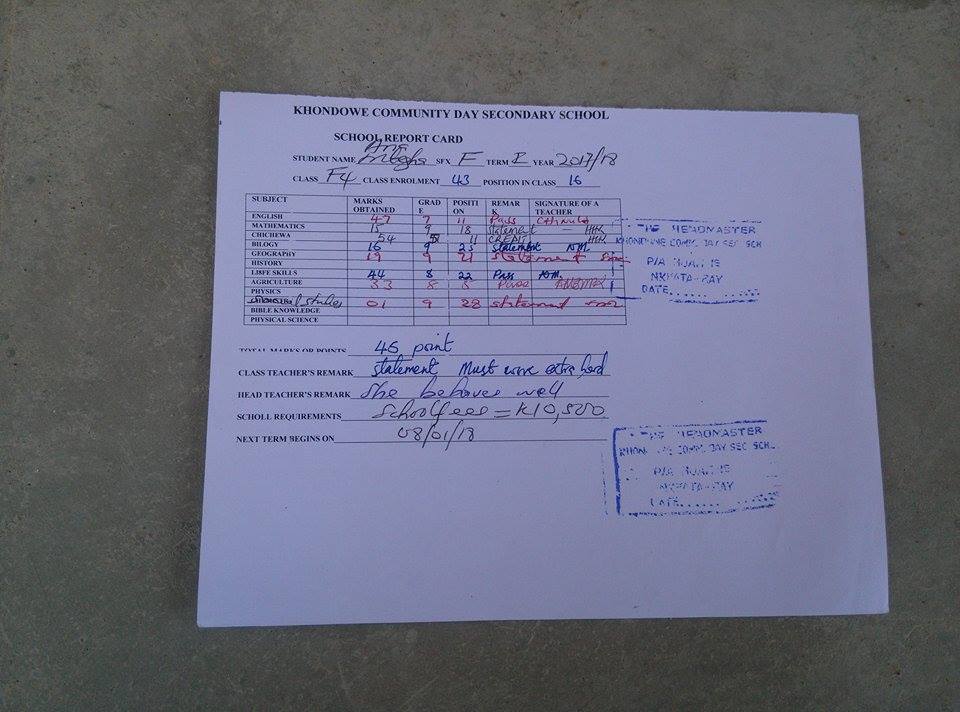 Interview January 2017
In 2016 - when I and Anders did a quiz at her school - Anna wan a cell phone. She sold the phone for 15,000 kwacha (appr. 18 EUR) and she bought food and soap for the money.
After Annas father died some years ago she started living with her uncle (fathers brother). But the uncle has HIV and has been in hospital for a long time. Therefor Anna stays with a brother now. The brother is married and has 3 children.
After Annas father died her mother has remarried; Anna has little contact with her mother, but visits her sometimes.
Anna said that she is interested in drying mango as a business. 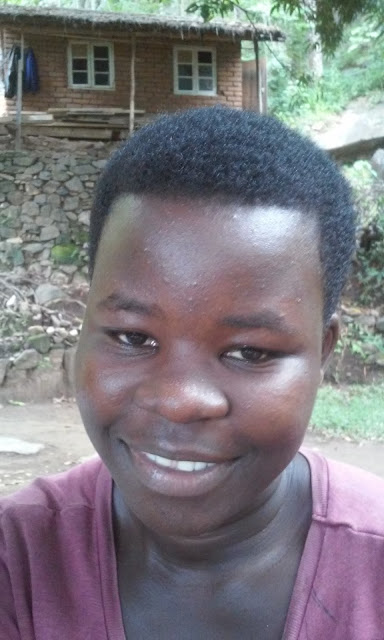 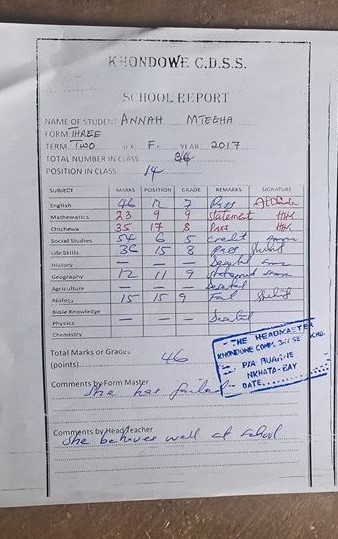 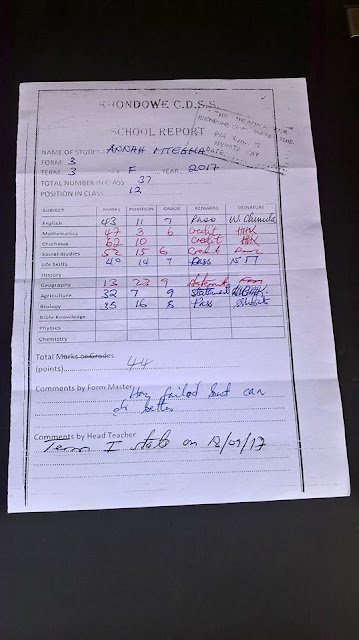 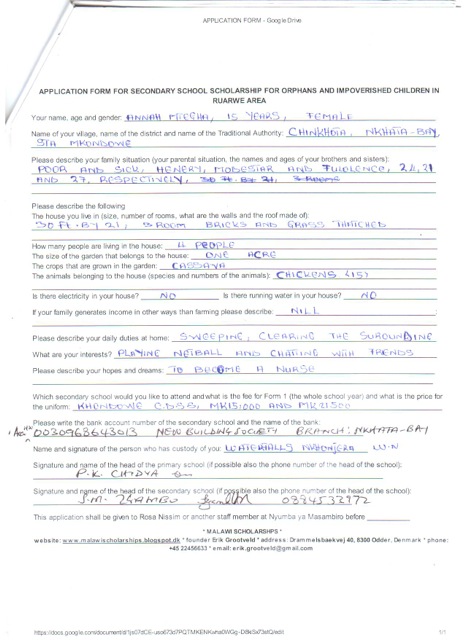